DNA Metabarcoding for Heavy Metals at the Ashio Copper Mine

DNA Metabarcoding for Heavy Metals at the Ashio Copper Mine

Heavy Metal: Not Just for Metal-Heads

When the average person says the words "heavy metal", they're probably referring to the genre of music with massive pyrotechnics, loud drums, and vocals that sound like a bag of angry cats. If you're in a machine shop, then the term may be used to explain why you should lift with your knees. Or duck. However, dear reader, we are not your average person. We are scientists! The type of heavy metal we are interested in appears on the periodic table and is pulled from the earth by giant machines! The kind that was used in EVERYTHING in Victorian England, from wallpaper to clothing to medicine, and convinced rulers it was the key to immortality!1,2 Now, of course, we know that drinking mercury and using arsenic to dye your clothing is a bad idea, ranking somewhere just beneath attempting to blow-dry your hair while showering in terms of life expectancy. Back in times of yore though, they provided unfading colors and were the only effective treatment for a variety of illnesses.1,2

Heavy metal is, at best, an informal term, and some of the most worthy members of this group aren't even officially metals!3 Basic metals, transition metals, lanthanides, actinides and metalloids are all represented. Generally, to be considered a heavy metal an element must be metallic in nature, with a specific gravity greater than 5g/cm3 with some degree of toxicity.3 Most people can agree that arsenic, one of the most famous elements on the periodic table, is a heavy metal despite not *really* being a metal in full.3 Gold, on the other hand, while being a metal that is indeed heavy, is often excluded from the group due to its inert, non-toxic nature (though officially it is classified as a heavy metal).3 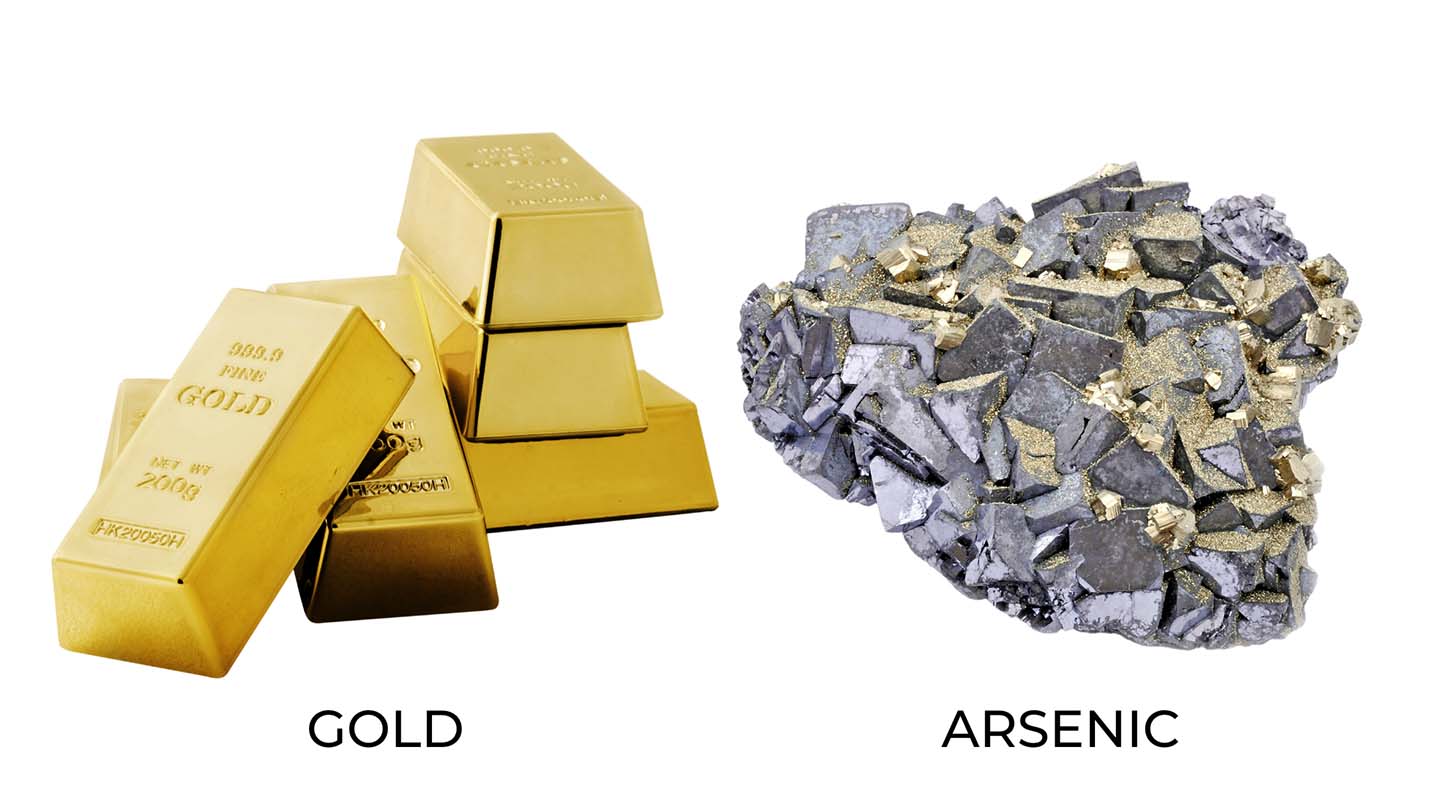 A Study in Copper

Much research has been done into the mechanism and degree of toxicity of heavy metals. They're still ubiquitous in our daily lives, whether intentionally or unintentionally, in our phones, our cars, our golf clubs, and unfortunately, in some areas, our water and soil.2 Most of this research has been done in regards to macroorganisms like fish, mice, plants, and humans. However, not as much research has been done on their effects on microbes and fewer studies have been performed to ascertain how they affect the soil and water microbiome as a whole. This lack of understanding particularly impacts former mining sites where literally hundreds if not thousands of tons of material were introduced into the environment. Due to their inorganic nature, these pollutants don't degrade over time.4 They don't even radioactively decay like nuclear fallout, so they remain in perpetuity, though their effect is not nearly as dramatic. So, what do these elements do to the parts of the environment we can't directly observe? A team in Japan recently sought to answer this question through DNA metabarcoding.4

The Ashio copper mine in the Watarase river valley officially began operation in the early 1600's, though production picked up in the 1870's due to industrialization and the introduction of modern technology such as steam engines and new smelter designs.5 However, with this increased production came increased pollution in the form of toxic slag heaps, acid rain, and deforestation to supply wood for fuel and construction.5 This led to mass fish die-offs, silkworm colonies perishing after eating plants grown near the water and a change in the color of the river.5 The on-going environmental disaster came to a head when in 1890 the river burst its banks and flooded the area, delivering a deadly payload of silt that had been contaminated with waste products containing heavy metals like cadmium and arsenic from the mine.5 Affected farmland was rendered unusable, with any planted crops being killed and sores developing anywhere the mud made contact with skin.5 Eventually, measures were put in place to prevent mining pollution and a basin was created to prevent future flooding.5 The end result was the creation of the Japanese environmental movement and several laws to prevent such wanton exploitation from occurring in the future.5

Suzuki et al. decided to assess the effect of over a century of heavy metal exposure on the surrounding microbiome, as the area has become a tourist destination since becoming registered with the United Nations Ramsar Convention.4 The methodology itself was simple enough: obtain soil and water samples from the affected area at unique locations, extract heavy metals using HCL on a portion of the soil sample, then extract DNA for sequencing from the remaining samples.4 The 5 soil samples consisted of a 10cm diameter by 30cm depth plug taken from areas suspected of having high levels of contamination to areas suspected of having low contamination levels. Areas for water samples were selected on the same logic.4

The paper espouses the benefits of genomic metabarcoding as a means of assessing both the diversity and ratio of microbes in a given sample, citing the difficulties inherent with traditional microbiological methods.4 Some microorganisms are completely viable in nature, but refuse to be cultured in a lab, whereas others that are present only in minimal quantities thrive under in vitro conditions.4

The first step in metabarcoding, after you have your sample of course, is to extract the genetic material from the sample. In this case, the researchers used Norgen's Soil DNA Isolation Kit to capture all of the DNA in their soil sample, and Norgen's Water RNA/DNA Purification Kit for their water samples.4 With the genetic material thoroughly and efficiently extracted, they were able to perform NGS which gave a bounty of data on the location dependent microbial diversity.4 They found that areas higher in heavy metal content were altered in respects to the composition of their microbiome.4 Acidobacteria in particular seemed to thrive in the borderline toxic soil, while other groups seemed to disappear completely.4 This finding is not particularly surprising, as previous studies have indicated that Acidobacteria grow well in contaminated soils, likely due to the insulating effect of the exopolysaccharides they produce.4 The authors of the paper do state that their test, while in depth, is by no means comprehensive.4 They highlight the need for a deeper understanding of the area's microbial communities, including the rhizosphere and phyllosphere, and fungal inhabitants as opposed to only bacterial.4

A Need for Future Research

Heavy metals did, are and will continue to play an important role in our society. They can be considered a double edged sword due to their usefulness, which contrasts sharply with their effects on the health of individuals, the health of communities and even the world as a whole. Further studies should be done to better ascertain just how deep the impact goes, as if we don't know the kind and amount of damage caused, how can we repair it?