Have a product in mind? Ask the experts! Request a Quote

Latest Blog: Colorectal Cancer: The Good, the Bad, and the Revolutionary | Take Me There

Colorectal Cancer: The Good, the Bad, and the Revolutionary

If experts say that colorectal cancer (CRC) is one of the most preventable and often curable diseases, then why is it still consuming 10.2% of the global population? 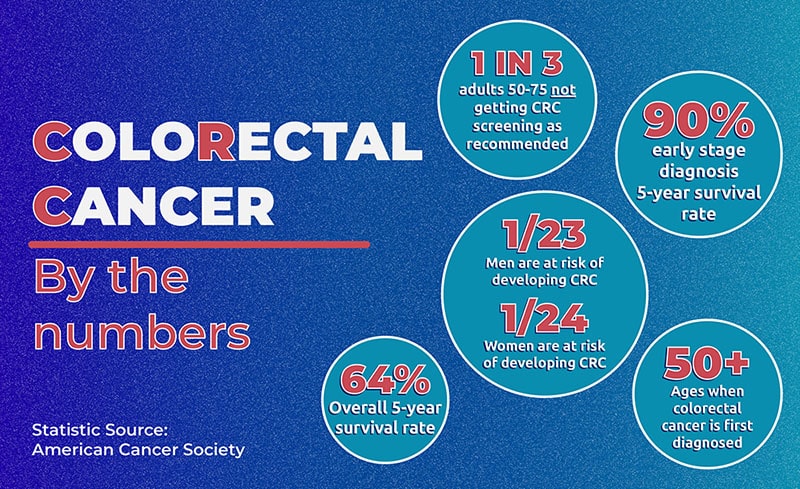 In 2020, 26,900 Canadians alone were diagnosed with CRC representing 12% of ALL new cancer cases in Canadai. CRC is the third most common cancer represented in both men and women globally at 10.2%ii, which is why the month of March is used to acknowledge and raise awareness for the disease.

Curability depends entirely on early detection. In February 2021, a team of researchers made a revolutionary discovery that could change the game - let’s get into it.

Currently, the gold standard approach for CRC screening is colonoscopies, which is not the most comfortable solution.

Let’s talk about Nina. Nina is a 55 year old patient who recently had a colonoscopy and discovered she had a large polyp (small clumps of cells formed on the lining of the colon), which needed to be removed. Once removed by her physician, she was told she was in the clear and there was no risk of cancer!

A year later, Nina was experiencing pain and was advised to get a second examination. She decided to postpone for another 10 months due to anxiety about the procedure. The initially missed cancerous polyp was removed and they determined that Nina had an advanced stage of cancer. 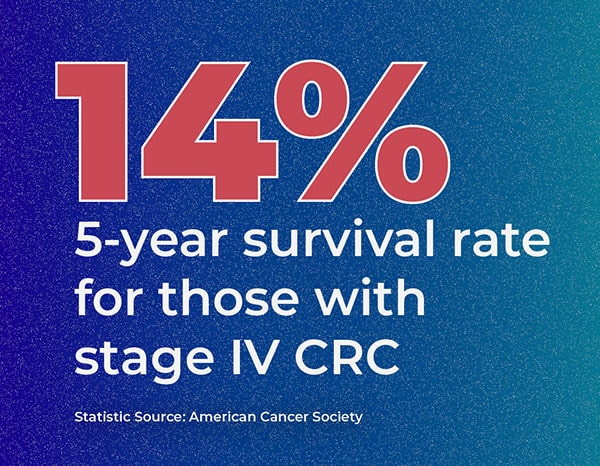 While the traditional colonoscopy procedure reduces mortality rates, it does not come risk free. Colonoscopies are highly invasive, painful, and if done incorrectly, can cause internal injury and bleeding. Additionally, 6% of colorectal cancers are missed within the first 5 years of a ‘clean report’iii and 17% - 28% of polyps are missed during the examinationiv, as seen with Nina.

In attempts to increase early detection, researchers have spent countless hours studying biomarkers and they may have found a solution. Blood biomarkers, a non-invasive method of detection, provide an immediate window to a person’s state of health in real-time. Patients like Nina could have their blood tested and the presence of specific biomarkers would give the doctor a better indication of what is happening in their body at that moment, ultimately leading to a different course of action.

The Game-Changer of 2021: miRNA Biomarkers 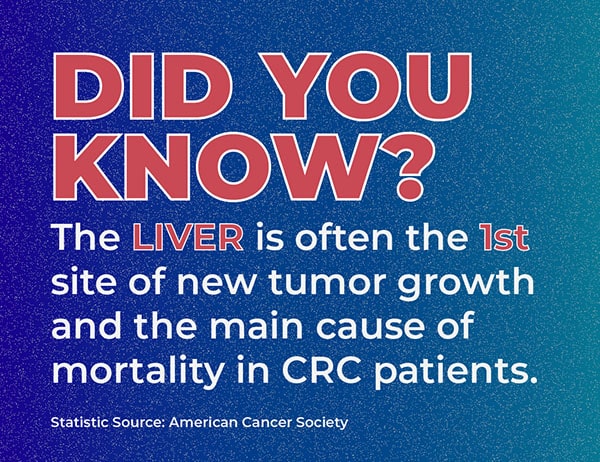 Researchers at the American University of Beirut in Lebanon wanted to find a solution. They collected samples from 3 groups of individuals: a healthy control group, a group with advanced CRC that did not have surgery and a group with liver metastasis.

The group with liver metastasis was included as the liver is the first site of new tumor growth and the main cause of mortality in colorectal cancer patients. 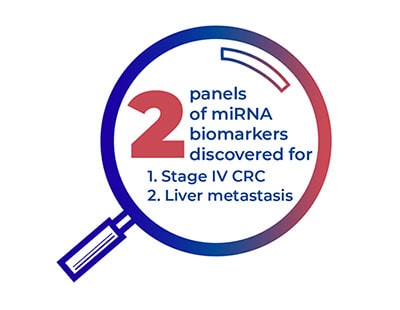 They proceeded to extract cell-free RNA from the plasma samples using a Plasma/Serum Circulating and Exosomal RNA Purification Kit. Using RT-qPCR, they evaluated the plasma for miRNA expression. The team identified 2 panels of microRNA biomarkers for the diagnosis of Stage IV CRC and liver metastasis, with diagnostic accuracies of 69% and 72% respectively.

In other words, this technique of using plasma miRNA biomarkers is significantly more accurate than traditional methods for diagnosing CRC and liver metastasis.

While non-invasive liquid biopsies such as plasma, stool and urine are excellent sources of miRNA for biomarker discoveries, limitations are usually found within the methodology. In order for scientists to convert these research findings on cancer biomarkers into clinically useful tests, framework and protocol standardization within the methodology is a critical first step.

Why is Protocol Standardization Critical?

Further meta-analyses and collaborative studies will influence the standardized protocol and facilitate the advancement of these promising technologies.

The implications of microRNA biomarkers from liquid biopsies are far-reaching and exciting for those within the clinical field, and for patients like Nina:

These are just a few of the positive implications for microRNA biomarkers from liquid biopsies. We love hearing about the research our clients have conducted and the discoveries they have made! If you would like to share your story with us, feel free to contact info@norgenbiotek.com, or comment below. 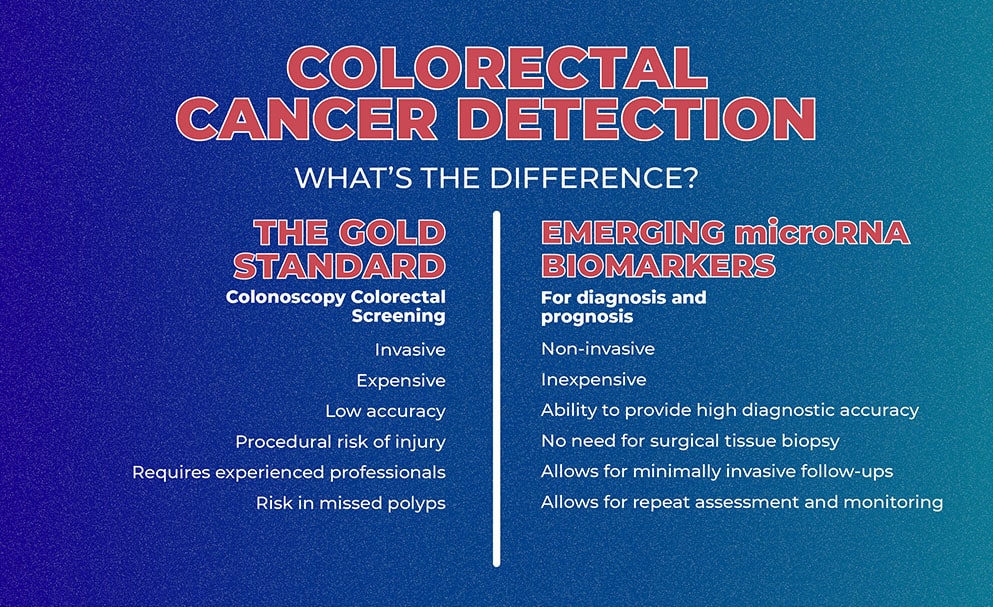