How Colorectal Cancer Is Diagnosed: From Symptoms To Emerging Methods of Diagnostics

How Colorectal Cancer Is Diagnosed: From Symptoms To Emerging Methods of Diagnostics

One of the most lethal cancers globally is colorectal cancer (CRC). Worldwide, it is ranked as the third most common cause of cancer-related death in men and women. CRC is defined as a tissue growth called polyps, occurring in the inner lining of either the colon or rectum area. Although two-thirds of these polyps are often found to be benign, they can develop to be cancerous over many years.

The 3 Types of Polyps 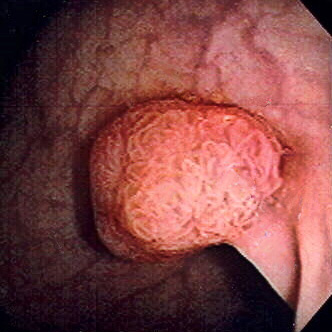 These polyps start out in a pre-cancerous state called Adenomatous polyps (adenomas). This process starts from the surface layer, called the mucosa, which spreads outwards to affect the deeper layers. It then develops into adenocarcinomas, a type of cancer in the body's mucus cells and spreads throughout the whole intestinal wall.

Since some common symptoms of this cancer consist of stomach cramping, gas, changes in bowel movements, and fatigue, this type of cancer often go undetected until a progressed stage. In addition, over 50% of the cases and deaths are correlated with external lifestyle factors such as diet, excessive alcohol consumption, increased body weight, smoking, and lack of physical activity. However, upon early detection, the disease is treatable. The prognosis of CRC significantly depends on the histopathology, progression, clinical variables, and molecular oncogenesis of cancer. A major risk factor for developing CRC is age, with only 3% of CRC patients being under 40 years old1. After the age of 50, the chances of developing CRC increase significantly. 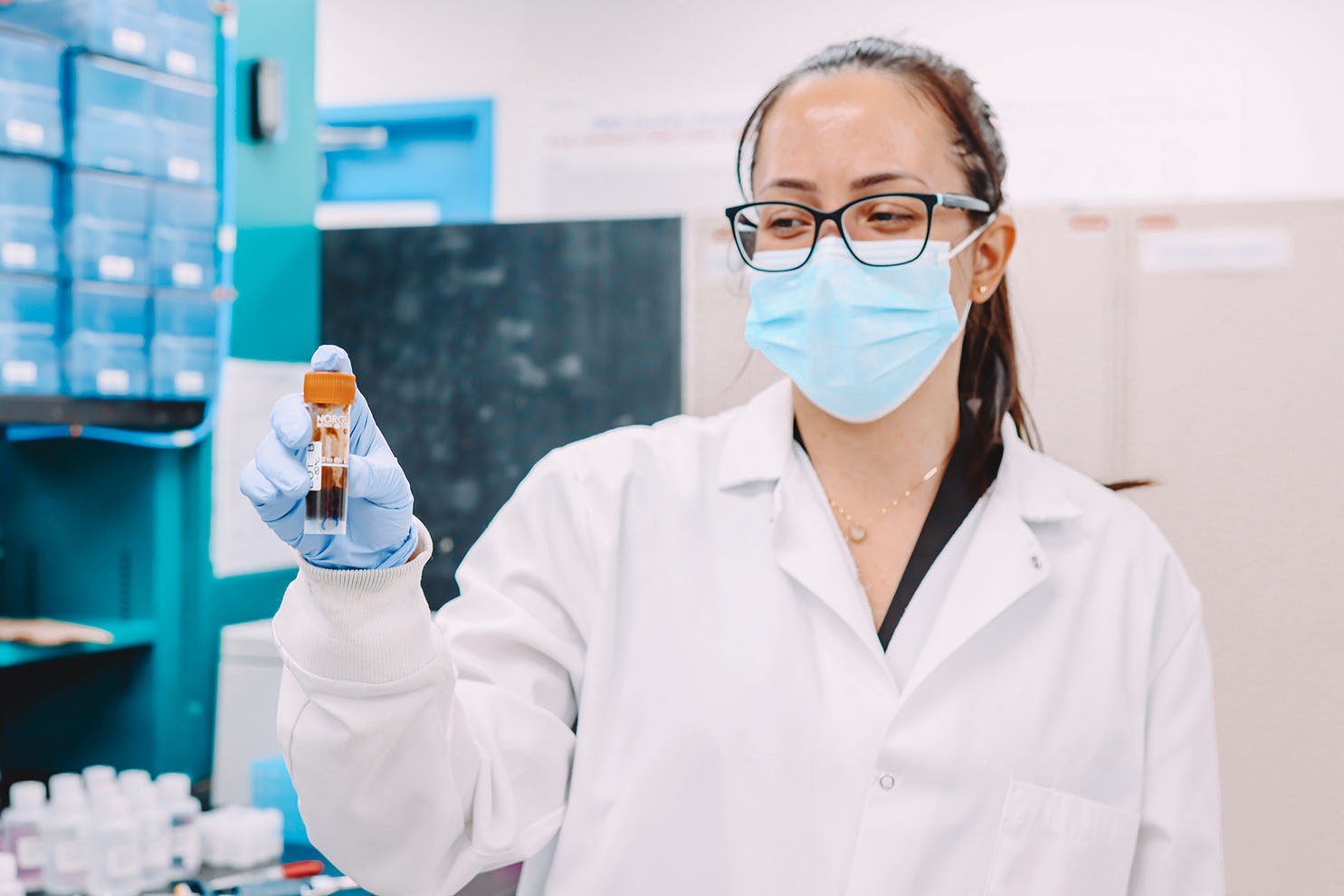 CRC can be detected and studied through colonoscopy, an invasive screening procedure that involves sedation. Due to this intense and uncomfortable method, many patients may often delay or prolong undergoing examination resulting in the progression of the tumor.

Since CRC commonly causes bleeding within the colon or rectum, a blood test is also a feasible method for detection. In addition, increased red blood cell counts and signs of anemia are big indicators of CRC that can be found through a blood test.

An emerging method for diagnosis is through the analysis of stool samples. Stool samples are non-invasive and can safely be collected at home. Furthermore, they allow us to study common biomarkers associated with CRC. 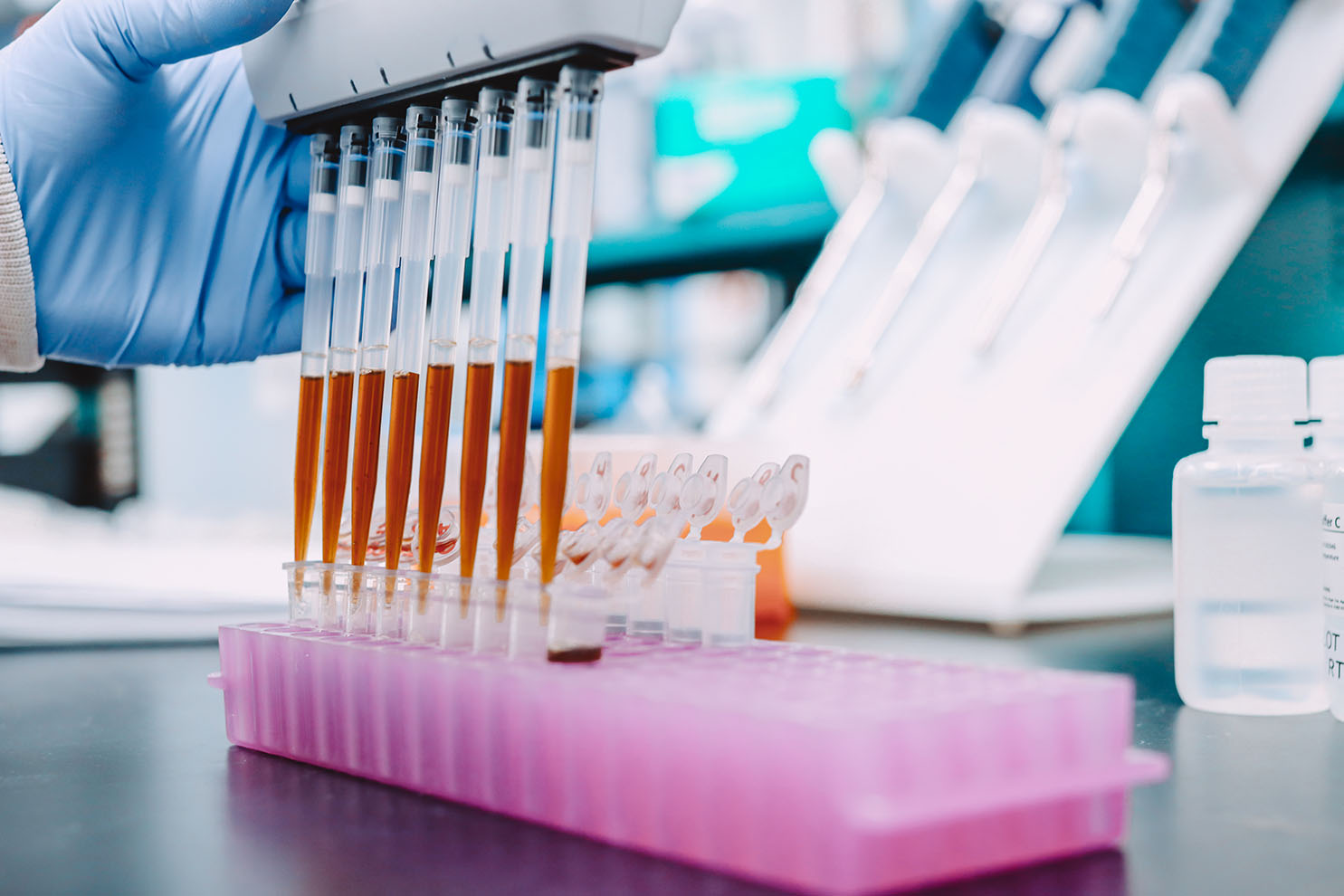 In 2020, Warsinggih et al. investigated two mutations used to analyze CRC; v-raf murine sarcoma viral oncogene homolog B1 (BRAF) V600E and Kirsten rat sarcoma (KRAS)2. Progression of CRC typically occurs from the accumulation of mutations that build up during The BRAF mutation is a crucial biomarker used for prognosis, which is detected in more advanced and aggressive cases.

Similarly, KRAS mutations are also used for prognostic instances and are widely analyzed from stool samples. The authors sought to study the degree of differentiation in CRC tumors through the relationship between these two biomarkers. Stool samples from CRC patients with varying sex, age, differentiation, location, histopathology, and combinations of the two BRAF and KRAS mutations were collected. Using Norgen Biotek's Stool Isolation Kit (Cat. -7600, 65600), the DNA was isolated and studied after undergoing PCR amplification and DNA sequencing.

BRAF 189bp fragment was identified through sequencing of exon 15, which was shown to have mutations (Figure 1). Significant findings of this paper were that the BRAF V600E mutation is significantly more frequent in women than in men, specifically in ones older than 70 years old. 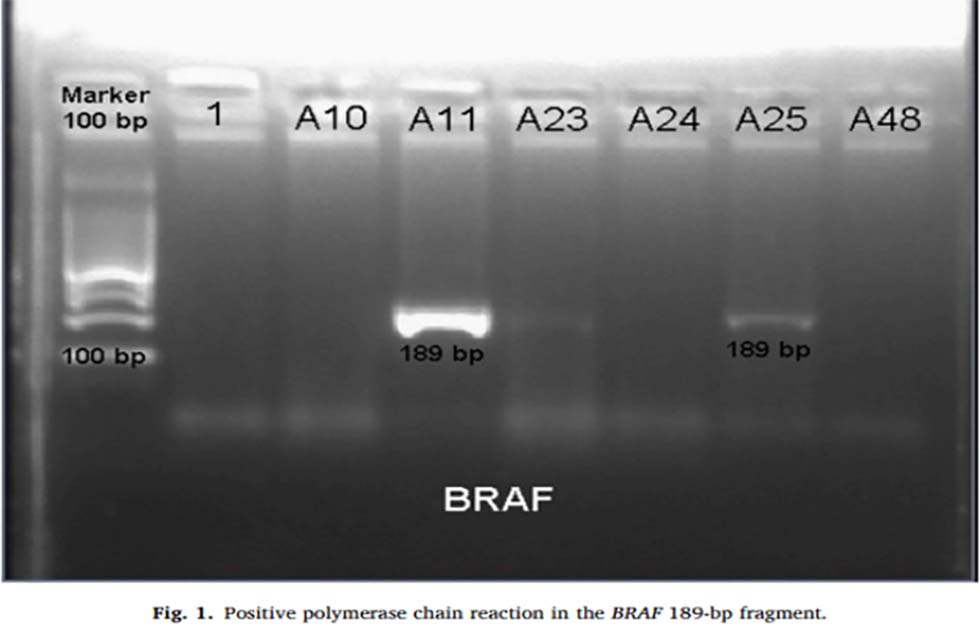 Notably, this mutation was not observed in patients younger than 50 years old. This matches previous research seeing as age is a major risk factor when dealing with CRC. All the BRAF V600E mutations were also linked with the tumor location, especially all found in the right colon. Interestingly, the KRAS mutation was not found in any of the patients.

The Fight Against Cancer

These researchers show that studying DNA fragments from CRC through stool samples is a feasible and non-invasive method as reliable as traditional blood samples. So, although we're not quite there yet, this is definitely a significant step toward the fight against cancer.